I picked up a new Canon 100mm macro lens and made some test shots while preparing chili.

I used one pound of 99% lean ground turkey. This can be a bit on the dry side on its own, but when blended in as a chili ingredient the dryness is less noticeable. If you really wanted to be an amazing chef, you could grind your own turkey, but I'd rather spend my time taking more photographs than grinding meat; a slab of pre-ground turkey shaped like the container it came in is fine with me. 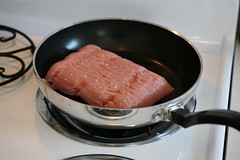 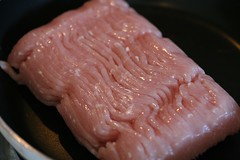 Chop it up with a spatula (or a turner) to allow the meat to fully cook as quickly as possible and to discard the unsightly container shape. 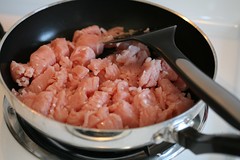 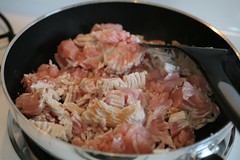 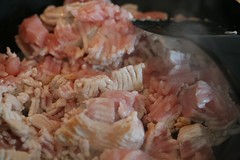 Strictly speaking, chili need not include beans, but nearly every chili I've ever encountered had beans, and I like it that way. The core ingredients are just meat (usually beef), chili peppers, and various seasonings.

For our present recipe, all of the chili flavor and seasonings is coming from sauce mixed in with three of the four cans of beans. Relying on seasonings out of a can of beans is perhaps even more culinarily lazy than not grinding the meat by hand. 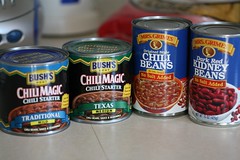 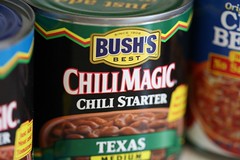 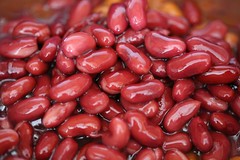 Two of the cans of beans have no salt added. Ideally, a person should consume no more than 2400 milligrams of sodium each day, but since a reduction in sodium doesn't seem to be strongly correlated to weight loss, watching sodium intake isn't as popular as watching fat, calories, or sugar. Accordingly, a lot of our prepackaged or prepared foods have inordinately high levels of sodium.

Here I'm using a slow cooker (or crock pot) to cook the chili mixture. You can also use a pot on the stove if you prefer. While the meat is cooking, I start adding the beans to the pot.

Once the meat is finished cooking, add it to the beans: 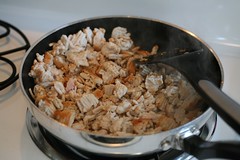 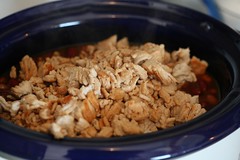 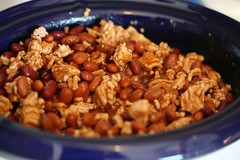 It can be helpful to add as much water as you can fit in the pot. The added moisture will help prevent the chili from drying out (or burning up?) if you leave it cooking for an extended period of time. (Several hours seems like a good start, to let all of the ingredients meld together.) The water also helps to generate a chili-flavored broth. I like that aspect, though you may prefer your chili dryer, in which case, use less water, and monitor the pot more closely. 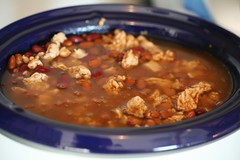 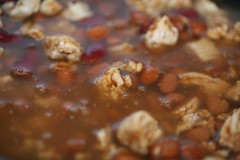 Then put the lid on, turn the heat on, and wait. 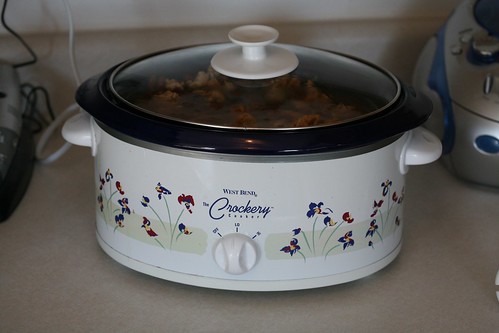 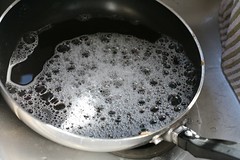 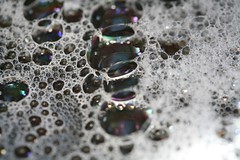 So What's a Macro Lens?

The human eye cannot focus on something directly in front of it; there needs to be some distance between the eye and the object. The exact distance varies from person to person, but generally some several inches. This is why you see, say, a jeweler using some form of microscope when examining a piece of jewelry, in order to be able to focus on details inaccessible with the eyes alone.

The same concept applies to camera lenses. For any camera lens, there is some minimum focusing distance between the lens and the subject, and as a result, you are limited in how small of an object you take a picture of.

The lens used here is a 100mm macro lens, which has a minimum focusing distance of one foot. For comparison, a 100mm non-macro lens is likely to have a minimum focusing distance of three feet. The macro lens can focus on an object much closer, and thus you can fill the frame with a picture of an object as small as around one inch wide. Macro lenses are ideal for taking close-up pictures of small objects like flowers, foods, larger insects, or small attributes of larger objects such as a person's eye, a dog's nose, etc.

And while macro lenses have this capability, they can also be used for regular photography as well. They are likely to autofocus a little slower than a comparable non-macro lens, but they also will tend to produce very sharp images with much detail. 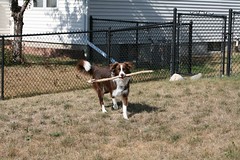 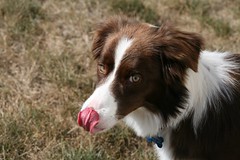 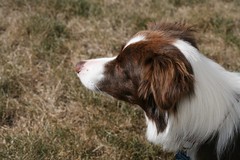