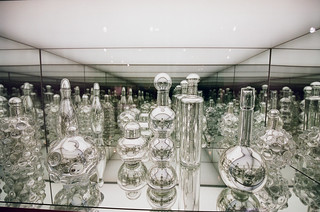 Having thoroughly enjoyed seeing the movie Hidden Figures, I wondered about the “old math” breakthrough shown late in the story, when the Euler method is applied to aerospace calculations, after several scenes claiming that the math needed to do the calculations did not exist. While I remembered Leonhard Euler as the graph theory guy, I had to look up the referenced method.

The movie did not go into details, but perhaps the numerical approximation approach was key because the IBM 7090 Fortran programs that they were using to automate calculations was not able to handle symbolic differentiation and integration yet? Symbolic calculus on computers started becoming possible over the next decade, but a numeric approximation would clearly have been the best approach to feed into the computer they were using in the early 1960s.

This still doesn’t answer, though, why using Euler’s method would have been such a breakthrough. The method was written up in Hamming’s classic 1962 book on numerical methods, so while it was indeed “ancient” math as depicted in the film, it was hardly unknown. I guess we might have to presume that then (as now) a study of numerical approximations to symbolic calculations are not necessarily a mandatory part of a university mathematics education? I have worked with aerospace engineers for more than twelve years, and I would not be at all surprised if most of them have never studied numerical methods at all…  but hey, I didn’t take the class either… :-/

Fortunately, we have access today to unprecedented quantities of free and low-cost mathematics educational materials, and any movie that inspires us to take some time to study is surely a good thing.